Apple Watch Series SE 44 MM is heavy on features and light on price. It comes with an expansive retina display that enables you to see more at a glance and the same iconic design as that of the Apple Watch Series 6. 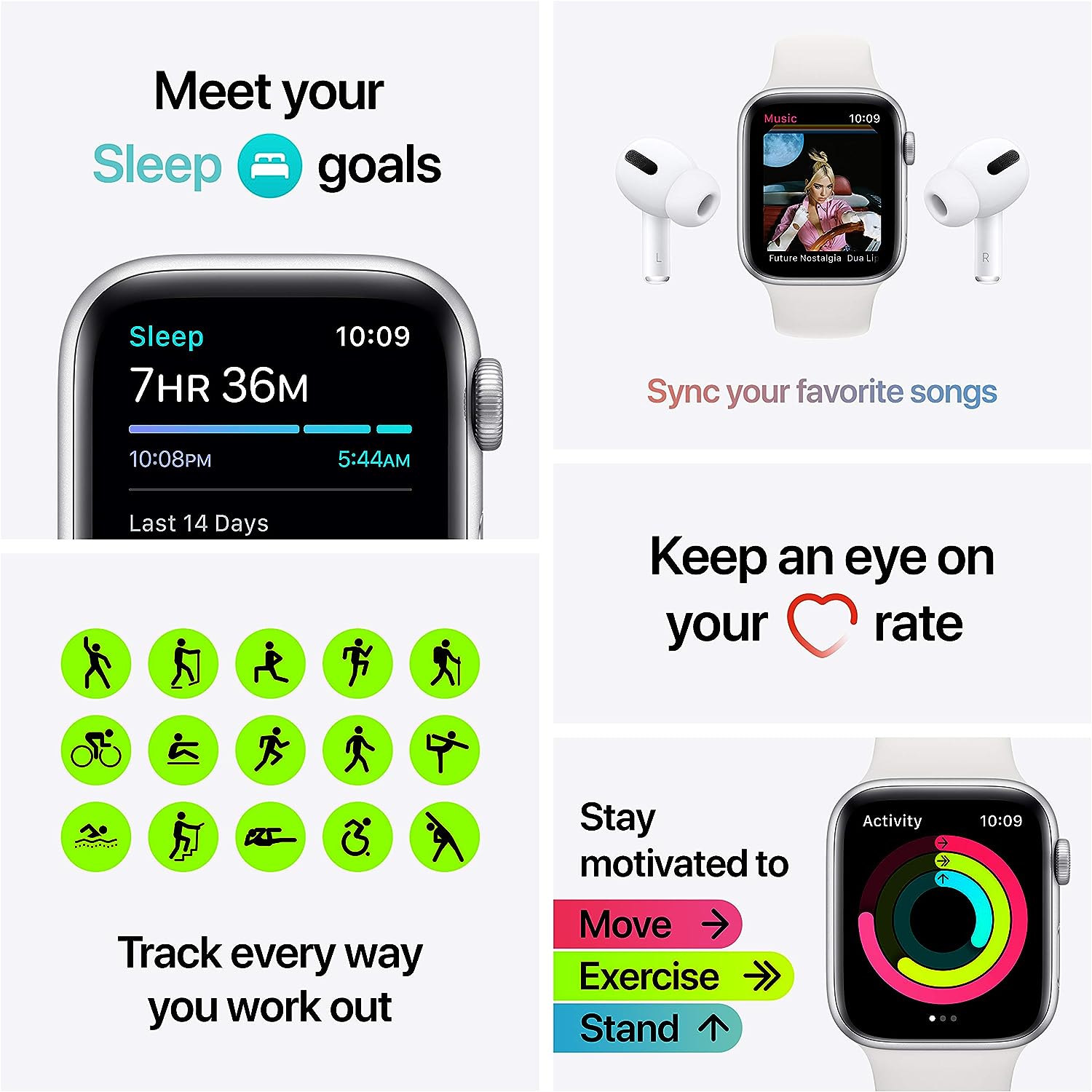 The watch has the powerful S5 dual-core SiP for fast performance and fall detection and Emergency SOS for your safety. Apple Watch SE is water-resistant for up to 50 meters and has the Siri Feature. It also has 32GB of storage space for storing all your music.

Apple Watch SE comes in Gold, Silver, and Space Gray and has been fitted with an aluminum finish.  Its 40 mm display is impressive and offers a good view. The display easily lights up upon raising your wrist and can be viewed under direct sunlight.

The top part has the digital crown that has a flush button whereas the speaker is placed on the left side. This watch can be s[iced up with several band options including the solo Loop that has no buckles or clasps. The band stretches around the wrist and has no overlapping parts.

You will not have to carry your phone as you go jogging as Apple Watch SE is able to monitor your health and fitness track. The watch monitors your heart rate constantly and will be able to tell if your heart rate is abnormally high or low. For fitness tracking, the watch has an activity ring that helps you to track the distance covered, gives you a breakdown of activities, and calculates cardio fitness levels. 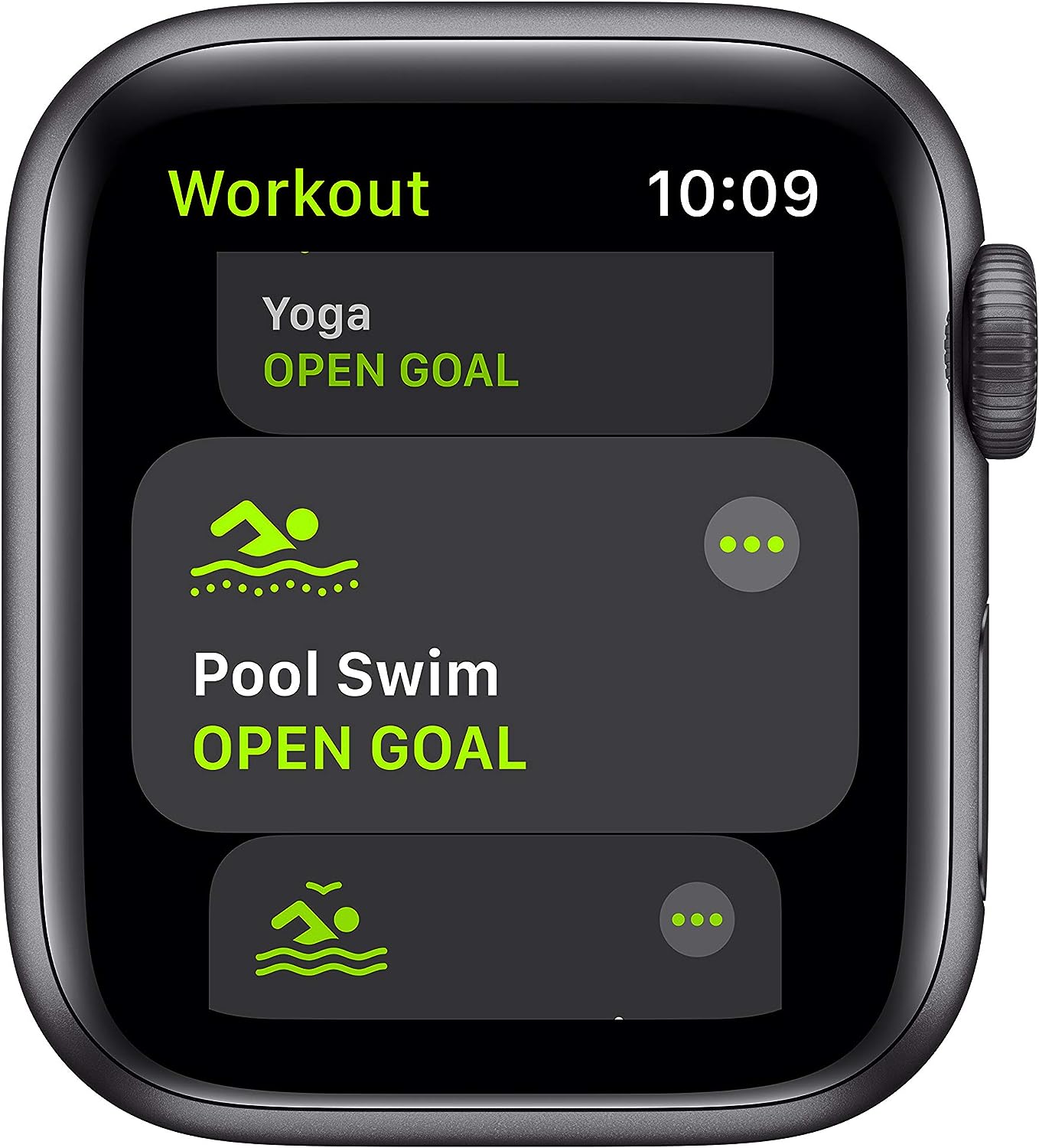 There is an entire app store that has been specifically built for this watch. It has apps such as Spotify for controlling playlists and News apps for checking news bulleting. You will also get onboard apps such as compass, calendar, Apple Maps, and the Memoji App for customizing your own Avatar.

Through the family setup, you will set up multiple watches for the family by connecting your iPhones.  It acts as an easier way of having an iPhone and Smartwatch combination. The LTE version can connect to the App store and can easily send and receive calls and messages.

Apple watches SE has a great combination of performance and battery longevity. Through the S5 chipset, it is faster than its predecessors and even sits close to Apple Watch Series 6. The battery found in this watch is able to take you through 2 days and takes less than 2 hours to recharge.